Finding the best route between two cities, given a complicated road network; or transmitting a message between two computers along a network of hundreds of computers, are all classified as the shortest path problem.

Dijkstra's algorithm was designed to find the shortest path, in a weighted graph, between two points \(a\) and \(z\). This is done by initially labeling each vertex other than \(a\) with \(\infty\), labeling \(a\) with \(0\), and then modifying the labels as shortest paths within the graph were constructed. These labels are temporary; they become permanent when it becomes apparent that a label could never become smaller.

If this process is continued until every vertex in a connected, weighted graph has a permanent label, then the lengths of the shortest paths from \(a\) to each other vertex of the graph are determined.

As an example, we use this algorithm to find the shortest path between \(a\) and \(z\) in the graph below: 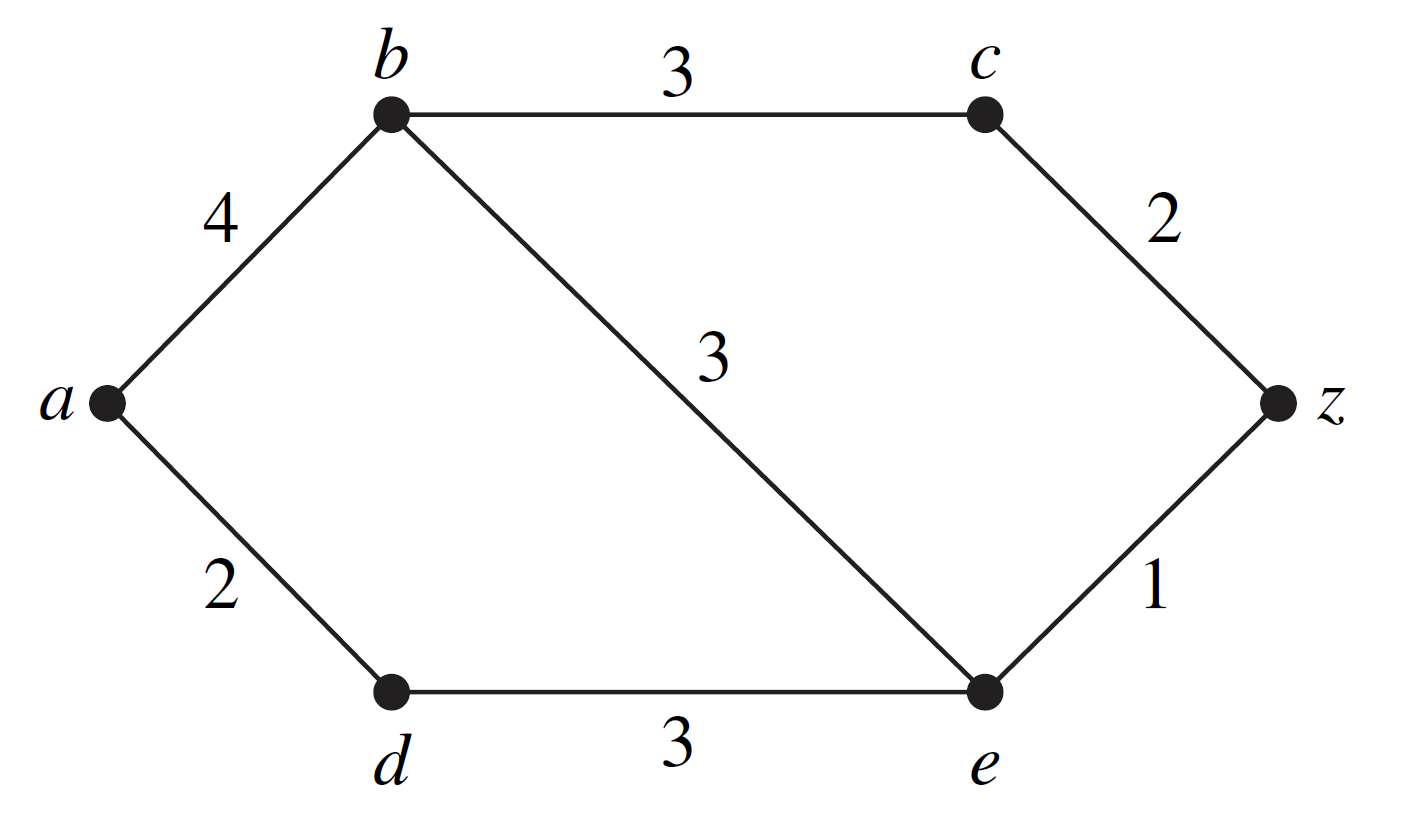 We can repeat this process with any other point besides \(a\) as the initial point, and eventually all possible shortest paths between any two points of the graph can be determined. But it is not so efficient as a process to find all shortest paths.

An interesting fact about this example is that \(A^3=A^5\). This happens because in this graph, no shortest path has more than \(3\) edges. So, no improvements in length can occur after \(3\) iterations. This gives us the following theorem.

Thus, the Hedetniemi method provides a graphical interpretation at each stage of the computation, and the matrices can be used to retrieve the paths themselves.